THE RIGH OF ASYLUM

(Excerpt from the historical novel) 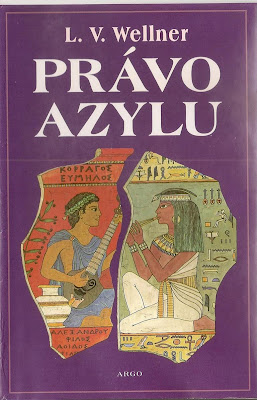 Euclid had tremendous fun. The amorous problems of others were a favorite diversion for him. I wrapped the ribbon around the apple and tied it. When the choir paused and the musicians struck their tiny harps, I rolled the apple on the ground to the girl's feet. It passed under the curtain and gift stand, encountered Beneret´s toes, rolled around them and stopped in a space between her feet. Euclid and I were almost whooping at that successful strike.What followed, however, exceeded all expectations!Beneret started, looked at the ground and then picked up the apple. The girl beside her, curious, leaned over and whispered something. Beneret turned the apple, her lips moving as she quietly read the message.At that moment, the lamps and open fires in the dishes began to quickly fade. Almost total darkness fell over all. Only the light from some narrow vents over the altar penetrated the twilight. A fearful groan came out from dozens of throats and a sudden gust moved across the aisle, as if some Giant breathed. Muffled cries, the crack of crushed vessels, the falling of candlesticks, and the flapping of bare feet on pavement was heard. Euclid convulsively clutched my forearm. At that moment, it was as if a huge mass of water flooded the temple space to the ceiling. I had no breath and I grabbed my throat in panic."Away, away from here!" Euclid squealed, "It is witchcraft!" I had never heard so much anxiety in his voice.

THE LAST OF THE PHARAOH´S COMPANY

(excerpt from my historical novel) 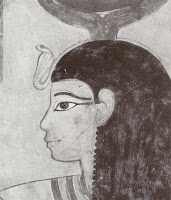